The exhibition Dark Light: Realism in the Age of Post-Truths, curated by Massimiliano Gioni, assembles the work of over one hundred artists and more than two hundred pieces from the Tony and Elham Salamé Collection. Taking its title from a 2017 painting by the American artist Nicole Eisenman held in the collection, the exhibition brings together recent acquisitions that question the meanings and functions of figuration in contemporary art. As the very definitions of truth have dramatically eroded in the past few years, many contemporary artists—especially those working in the United States—have proceeded to analyze, interrogate, and deconstruct the notion of realism, particularly in the field of painting. This exhibition brings together work from an emerging group of artists who are investigating these new approaches to figurative imagery along with contributions by important predecessors who have anticipated current discussions around representation and verism. The recent acquisitions featured in Dark Light include works by established painters such as Etel Adnan, George Condo, Karen Kilimnik, Maria Lassnig, Richard Prince, Ed Ruscha, Peter Saul, and Joan Semmel presented in dialogue with contributions by an intergenerational group of artists including Cecily Brown, Lucy McKenzie, Laura Owens, Dana Schutz, and Henry Taylor, who all share an interest in a critical approach to figuration. Works by Janiva Ellis, Sanya Kantarovsky, Salman Toor, and Lynette Yiadom-Boakye combine literary references with fantastical imagery and autobiography to create a kind of painterly auto-fiction.Cy Gavin, Shara Hughes, and the late Matthew Wong revisit and transform the tradition of landscape painting, while Louis Fratino, Roberto Gil de Montes, Jill Mulleady, and Jeanette Mundt practice a form of contemporary magical realism.

In other works on view, bodies are transformed into grotesque configurations that subvert conventional notions of beauty, taste, and propriety, depicting a new humanity that is simultaneously monstrous and angelical, carnal and ethereal. Painters Nina Chanel Abney, Derrick Adams, Celeste Dupuy-Spencer, and Jonathan Lyndon Chase use figuration to engage with and upend stereotypes surrounding the construction of identity and race.Works by Louise Bonnet, Jana Euler, Christina Quarles, and Tschabalala Self imagine fantastical anatomies for a new liberation of desires, while Henni Alftan, Sascha Braunig, and Jamian Juliano-Villani celebrate a peculiar sex appeal of the inorganic attuned to the combination of technology and illusionism that defines the contemporary digital condition. The exhibition also features the Middle Eastern premiere of Ragnar Kjartansson’s celebrated 2020 video installation Bliss, a melodramatic spectacle of pompous excess and all too human fragility in which opera singers and musicians perform three minutes of the last aria of Mozart’s Marriage of Figaro for twelve consecutive hours. 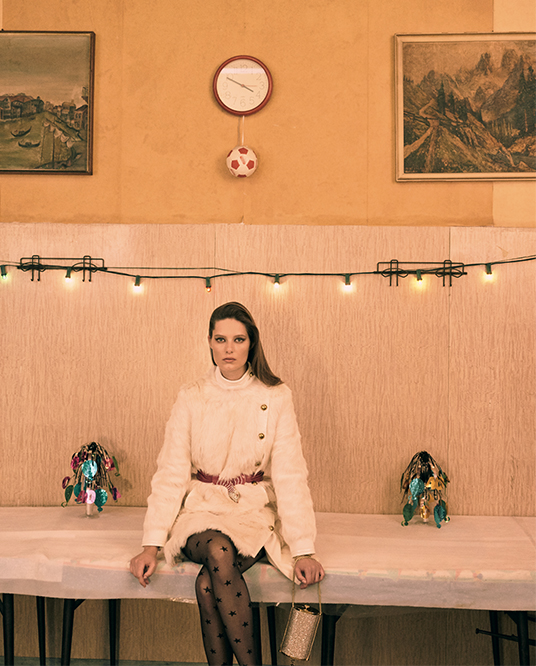 Thank you,
For Joining Aishti Newsletter.